Developed during a summer internship at the Massachusetts Institute of Technology (MIT). Wiip was designed to explore the concept of expressiveness vs accuracy when using modern motion-sensing technology such as the Wii-mote.

The game places you in the role of Mustachio, a circus ringmaster beset by bombs, bunnies, and barrel-riding cats gone out of control. Swing your Wii-mote like a whip to tame your animals, then snap it back at the right time to create devastating combos.

My role within the team of 7 was the sole and lead game designer. I am responsible for developing gameplay, levels, enemy spawn patterns, balance difficulty and wire-framing user interface. 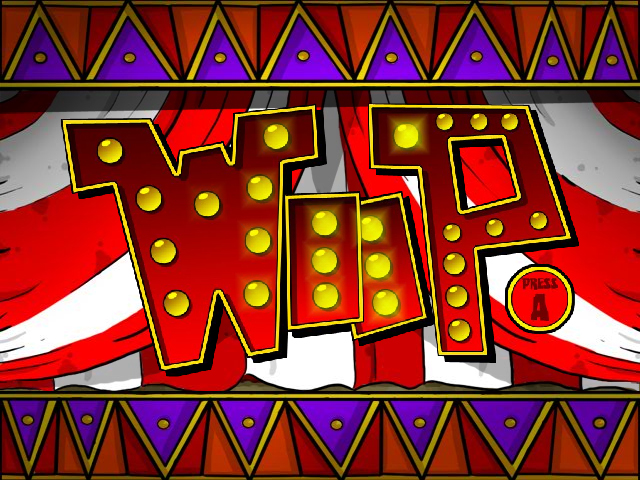 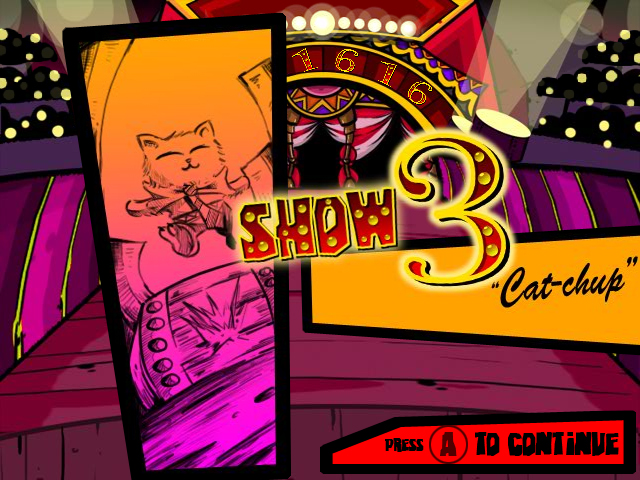 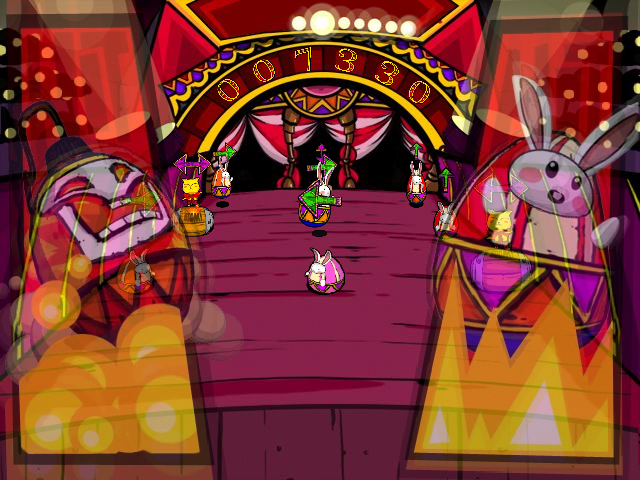 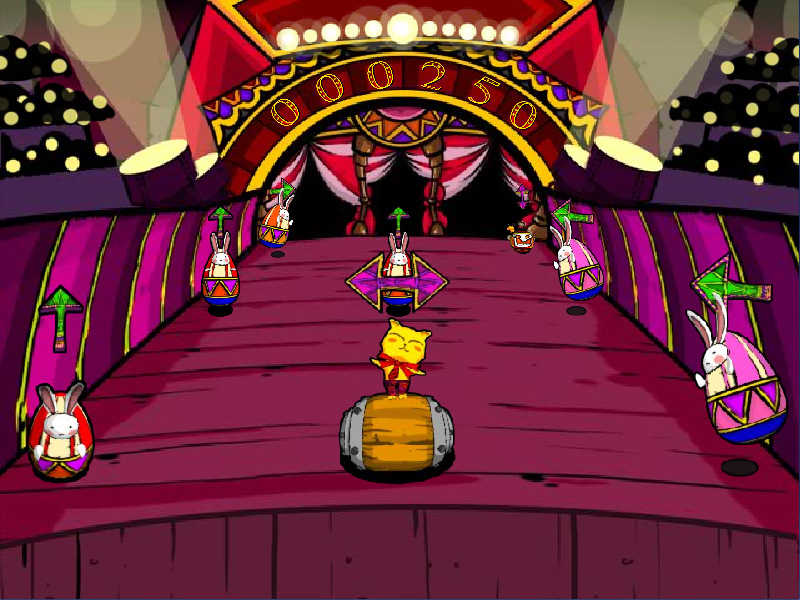